the ancient art of breathing

Airway health and what it means for you 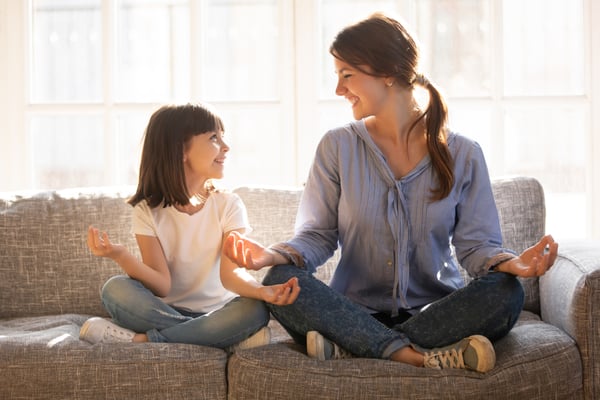 Ancient civilizations around the world knew the importance of breath and its direct impact on health, longevity, and vitality. Somehow, we modern humans have lost touch with just how important breathing is, or even how to breathe correctly. Most of us were never taught the breathing techniques and practices that our ancient ancestors knew so well. We’ve forgotten the ancient art of breathing, and it is taking a toll on our mental and physical well-being.

In his bestselling book Breath: The New Science of a Lost Art James Nestor writes about the breathing problems that most modern humans have and don’t even realize. Nestor lays out modern scientific evidence demonstrating what humans already knew millennia ago--that the quality of your breath shapes the quality (and length) of your life.

Could the ancient art of breathing help prevent and even reverse many of the most common mental and physical ailments of the modern world?

The cost of forgetting the ancient art of breathing is high. Disordered breathing and breathing problems are linked to a number of health issues including mouth breathing, sleep apnea, teeth grinding (bruxism), snoring, and obstructive sleep apnea, which often leads to reliance on a CPAP machine. Many adults who fall asleep at the wheel are unaware that they are suffering from a lack of air due to undiagnosed and untreated airway obstruction.

Root causes of breathing problems can include:

While millions of people take medication for anxiety or depression, few receive instruction on breathing techniques and breath therapies to address the root cause of their mental health issues. This is beginning to change as medical research demonstrates the link between airway health and overall health. 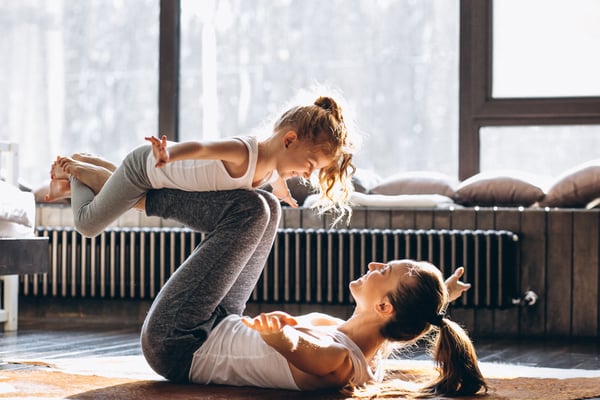 A culture of breath

Ancient cultures the world over knew a lot more about healthy breathing than most modern humans in industrialized countries do today. In Breath, Nestor shares his extensive research about ancient civilizations that evolved strict rules and practices around the correct and healthy way to breathe. People in these civilizations taught their children proper breathing practices beginning in infancy. Breathing techniques and proper breathing habits fused with cultural norms and even became embedded within spiritual traditions and religions.

Breath as an ancient technology

Our ancestors developed an awareness of breath and knew its vital role in health on all levels. Many of these breathing techniques and practices actually predate religion and therefore can actually be considered ancient breathing technologies. It all comes down to slow and measured inhale and exhale. Science shows that this kind of breathing brings the brain into an alpha state, which is more relaxed, open, creative than the typical beta state of everyday life.

Today, airway advocates are developing systems based on ancient yogic breathing techniques. Cyclical breath control and breathing techniques have been adapted outside of a spiritual context and are even making their way into mainstream Western medicine. These breath therapies and methods aim to help people reduce stress, alleviate anxiety, and overcome insomnia and other sleep disorders.

Modern-day science continues to demonstrate the effectiveness of breathing techniques that have been used by people around the world for millennia. While they are extremely useful and powerful in the context of modern medicine, it is essential to remember that these techniques are indeed ancient.

In Breath, Nestor describes a breathing pattern (six second inhale, six second exhale) found within countless ancient practices and spiritual traditions throughout the planet. He conducted extensive research into diverse meditations, prayers, songs and chants from religious and spiritual traditions from every corner of the globe. He found that they all share the same characteristics when it comes to breathing. From rosaries and prayer beads to mantras and Ave Marias, it all revolves around an intentional, repetitive inhale and exhale pattern.

Meditation is an ancient practice that brings your awareness to the present moment. The practice of meditation involves training your attention and bringing consciousness to your breath, often with the help of specific breathing patterns and techniques. Meditation helps to reduce distracting thoughts and clear away negative feelings. People who meditate on a regular basis, even for a few minutes a day, report an increased sense of peace and well-being.

The benefits of meditation are widely documented, with peer-research published in major medical journals. According to medical studies, meditating for even 10 minutes decreases depression and anxiety and increases the brain’s alpha brain waves, which are associated with relaxation and the parasympathetic “rest and digest” mode. As scientific evidence builds, meditation for anxiety is gaining traction as an effective component of treatment for mental illnesses and related sleep disorders. 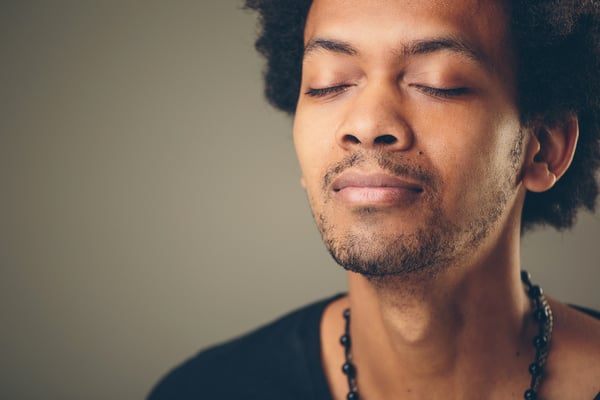 The global influence of Zen Buddhism and mindfulness meditation continues to grow thanks to the influence of spiritual leaders such as the Dalai Lama of the “Yellow Hat” school of Tibetan Buddhism and the Vietnamese Buddhist monk Thich Nhat Hanh. In these traditions, practitioners focus their attention on the breath and the sensations of the body. Meditation practitioners may use a mantra, which is a word or a phrase that is repeated over and over again to calm the mind. Breath, as always, is at the center of these ancient practices.

The science of Yoga

Today, pranayama is used to describe yogic breathing exercises that unblock the flow of prana (life force energy) in the body. Science is only beginning to study the physiological benefits of yoga and yogic breathing on the body.

In Sanskrit, the classical language of South Asia, the word Kriya means “action, deed, effort” and commonly refers to practice within yoga with a “completed action” or specific result. In yoga, Kriyas are often described as the breathing techniques, mantras, and sets of exercises that practitioners use to unblock energy channels in the body. The founder of Kundalini yoga, Yogi Bajan, laid out guidelines, including specific breathing sequences, to be followed by all Kundalini yoga teachers.

Kriya yoga gained a foothold in the West with the success of Autobiography of a Yogi by Paramahansa Yogananda, which was first published in 1946. Each kriya has a sequence unlocking subtle changes in the body and mind. Kriyas even focus on a specific organ or function within the body. 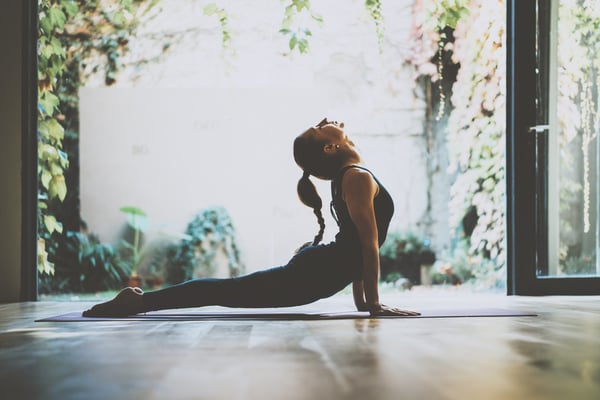 Breathing systems for the modern world

Breathing systems like Tummo and Wim Hof use breathing techniques similar to those found within yoga, yet do not require the practitioner to ascribe to a specific religious or spiritual belief. This means that powerful, ancient breathing practices can be used by secular people outside of a spiritual or religious framework. This is important to avoid misusing or appropriating a breathing practice that belongs within a specific spiritual, cultural, or religious context.

Tummo is an ancient breathing technique that was developed in the Himalayas thousands of years ago. It is also called Inner Fire or Tibetan Inner Fire Meditation. It is known for its power to increase body temperature and create heat in the body.

Wim Hof is a Dutch extreme athlete who is best known as “The Iceman” for having set Guinness world records for full-body contact with ice and snow, marathons, and swimming in freezing cold water. The three pillars of the Wim Hof method are cold therapy, breathing, and commitment. Those who ascribe to the Wim Hof method believe that cold immersion and breathing techniques boost the immune system, burn fat, and reduce inflammation. Many Wim Hof practitioners report that the combination of extreme cold immersion and breathing techniques enhance mood and help them achieve better sleep.

The future of breath

Breathing techniques practiced by our ancient ancestors are gaining traction in the modern world. As more and more people become aware of the power of breath to prevent and address many common mental and physical issues. The simple act of breathing has a great potential to improve the health of people the world over. Whether you choose to optimize your breathing within or outside of a spiritual context, the rewards can be life-changing. 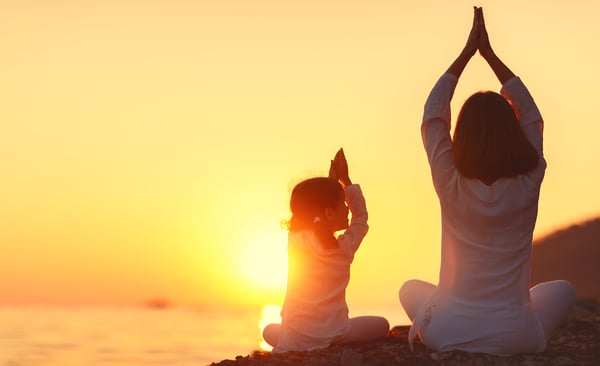 We created health:latch circle to increase education, awareness, and support around the issues of airway health, oral dysfunction & oral restrictions.

The circle makes it easy for you to surround yourself with caring and knowledgeable healthcare professionals across many healthcare fields and healing modalities who can guide and advise you through the ups and downs of diagnosing, treating, and recovering from the long-term effects of an oral restriction, early childhood cavities and more.

The health:latch circle is a radically kind, community-based online platform that allows interested parents and professionals to ask questions, learn together and connect to trusted professionals who are committed to helping families thrive. 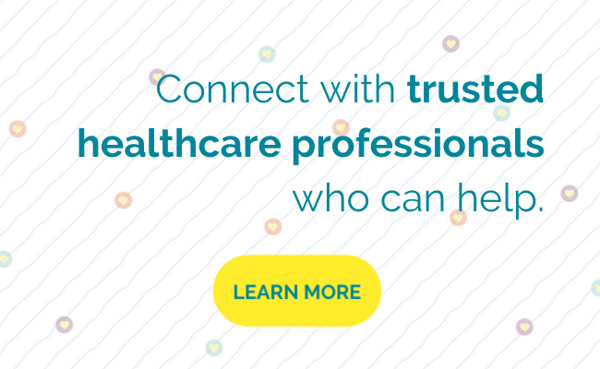 Click here to return to the LEARN page and explore more resources about oral restrictions.